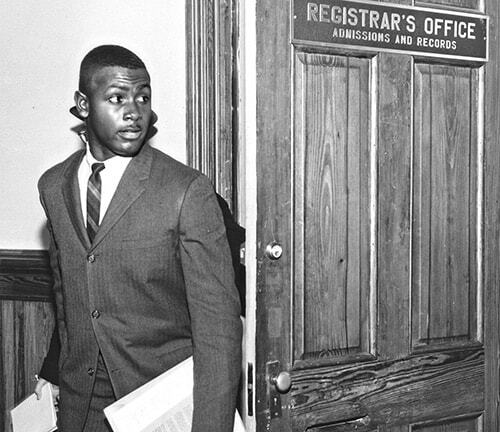 In 1963, Harvey Gantt, a Charleston, South Carolina resident by birth, was admitted to Clemson University into the aschool of architecture. He was Clemson's first African American student, and today he operates an architecture practice and is an active member of the Democratic Party in North Carolina. Gantt is the protagonist of Clemson's "integration with dignity" narrative, but that is far from the whole story. Before Gantt was admitted, he had to fight for admittance.

Not wanting another incident like the one at Ole Miss to occur on his own campus, Robert C. Edwards, Clemson's eighth president, who held office from 1958 until 1979, went to great lengths to ensure a smooth transition for Gantt. And thus, because Gantt's admission was met without a riotous frenzy, it was remembered as dignified, despite the apparent administrative forces which were initially against him and the long and strained correspondence which took place before his eventual admission. 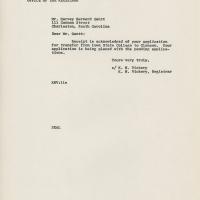 Letter from Vickery to Gantt, February 1961 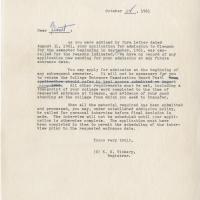 Letter from Vickery to Gantt regarding cancellation of Gantt's application to Clemson, October 1961 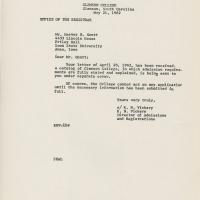 Letter from Vickery to Gantt, May 1962 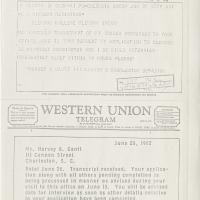 Telegram from Gantt to Vickery asking for an admissions interview immediately, June 1962 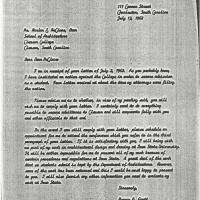 Letter from Gantt to McClure regarding Gantt's legal action, July 1962 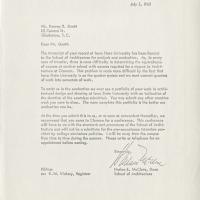 Letter from Dean McClure to Gantt asking Gantt for portfolio and a meeting, July 1962